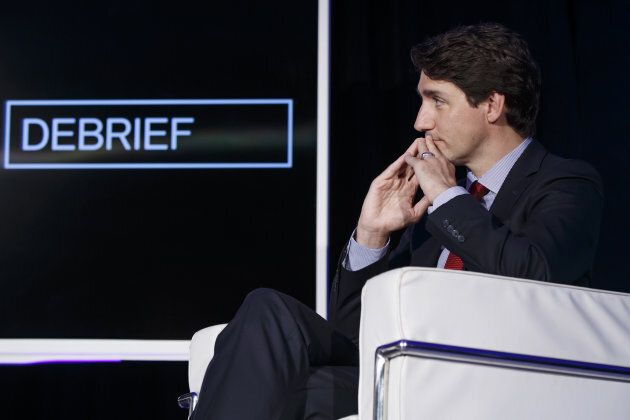 No buyers have come forward to acquire the Trans Mountain assets from the Government of Canada by the July 22, 2018 deadline. Thus, we will see the pipeline in federal hands by September 2018.

Finding investors to both buy the federal government’s share and spend an additional $7.4 billion to construct a new pipeline, parallel to the existing one, is a long shot. Especially since actual construction costs for the 1,150-kilometre pipeline may be as high as $20 billion. Desperate, Prime Minister Justin Trudeau approached the Canada Pension Plan Investment Board (CPPIB) to invest in the pipeline, but the CPPIB is not ready to bite the bullet.

Besides, Trudeau has agreed to the April 2017 G20 initiative to end fossil fuel subsidies by 2020. Canada ranks seventh in the G7 on reducing dependencies on oil and gas and, with the $4.5-billion Trans Mountain purchase, increased G7 fossil subsidies from five to 10 per cent.

That said, the government financial commitment doesn’t end with the $4.5-billion folly because of the government’s plan to include indemnity payments to any future buyer to compensate for delays caused by court procedures, unresolved federal, B.C. jurisdiction questions and unforeseen events.

It appears that the Government of Canada must resolve all the roadblocks before the government will be in a position to sell its shares. The only stakeholders that can take on such an adventure are companies such as Enbridge and TransCanada, but don’t expect them to step up to the plate. Private pension funds and the financial community would have to partner with a pipeline company.

All these factors are working against Trudeau. But the biggest roadblock is the emergence of a new energy, transportation and economy paradigm.

One recent study reported in the Nature Climate Change journal concludes the current momentum of the transition to a green economy is so strong, that even if no new measures are added around the globe, the demand for fossil fuels will drop before 2035.

But the compounded interest effect of countries around the globe adopting more aggressive actions on climate change could mean peak oil demand could come as soon as 2020. That may be too optimistic. Shell projects peak demand will be occur during the next five to 15 years.

What is abundantly clear, is that we will not see a replication of past performances of fossil fuel companies.

The first phase of the green transition seismic shifts is well-advanced in the electrical sector. Nearly 100 per cent of China’s new capacity added in the last several years has been associated with renewables and 62 per cent of new U.S. capacity in 2017 was represented by non-hydro renewables.

Batteries are the new oil

The next sector to go green is transportation which accounts for 55 to 60 per cent of the world’s petroleum consumption. Half of this consumption stems from passenger vehicles and the other half is represented by commercial transportation.

In this sector, batteries are rapidly becoming the new oil. The growth in battery demand drove down battery prices by 24 per cent in 2017. This means that between 2020 and 2025, electric vehicles will likely reach price parity with conventional vehicles, while offering lower maintenance and energy costs. BP worries that battery powered vehicles will flatten oil demand over the next 20 years.

China has already proven global automakers are able to make the transition to plug-in vehicles NOW. Global automakers have spellbinding plans for a rapid deployment of a wide array of such models for China’s market beginning in 2019, when quotas come into effect. In parallel, China is adding 9,500 more electric buses to its roads every five weeks.

Add to the global green puzzle, European vehicle emission testing standards will be modified beginning September 2018. This will have the effect of rendering their standards 20 to 30 per cent more stringent.

No wonder Shell plans for $1 to 2 billion per year in investments in energy alternatives over the next few years, roughly 10 per cent of its portfolio.

Shell’s New Energies division is involved in charging stations for electric vehicles. To this effect, Shell has joined Daimler, BMW, Ford and the Volkswagen group in the development of the Europe-wide Ionity charging network.

It appears Trudeau is counting on yesterday’s resource economy model to prevail indefinitely.

BP is in the fray as well with its 2018 decision to purchase the U.K. charging network, Chargemaster, the largest U.K. network with 6,500 units.

Nissan anticipates that by 2020 the U.K. will have more charging stations than gasoline stations.

China, the world’s largest energy consumer, is on track for reducing its dependence on fossil fuels. Getting the Canada’s tar sands derived oil to Asian markets is another hassle.

Today’s massive oil vessels cannot get below the bridges to access the Burnaby, B.C. port, nor pass through the Salish Sea and the Burrard Inlet, meaning the economies of scale for shipments to Asia are disadvantageous.

Trudeau’s position is that the pipeline must go ahead in line with “national interests” to balance the economy with that of protecting the environment. But these are not opposing forces, the green economy being a better economic model. And federal leadership on addressing climate change is wanting. A collection of provincial programs on carbon prices does not constitute federal leadership. First, there is no such thing as a single magic solution for reducing GHGs. Second, provincial governments change.

It appears Trudeau is counting on yesterday’s resource economy model to prevail indefinitely, the failure of the Paris Agreement and Canada not meeting its own weak GHG reduction targets of a 30 per cent reduction relative to 2005 levels by 2030. If tar sands full production hopes were to be achieved, that would mean a 47 per cent increase in oil and gas sector emissions in Canada.

Have you been affected personally by this or another issue? Share your story on HuffPost Canada blogs. We feature the best of Canadian opinion and perspectives. Find out how to contribute here.