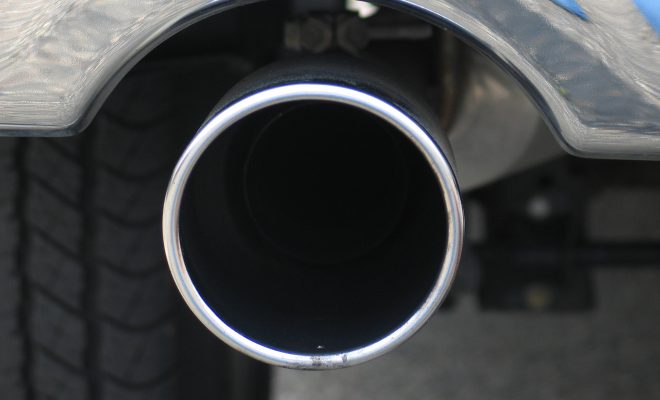 The green transition in China, the world’s largest energy consumer and vehicle market, is unfolding at a faster rate, and with greater intensity, than the Industrial Revolution. And China’s shift to clean transportation is the piece of the puzzle that could have the most dramatic implications for North American automakers, and for the global fossil industry.

Transportation accounts for 60% of the world’s petroleum consumption. So you would think the industries and governments that are banking on that business would have taken notice last year, when China’s plug-in vehicle sales exceeded 600,000. Or again, over the last few months, when the country’s year-over-year plug-in hybrid electric vehicle volumes were up 127% in May and 130% in June.

China’s embrace of a 21st century energy economy stands in sharp contrast to the Trump administration, which has put the U.S. clean transportation agenda in reverse—helped along with a little nudge from U.S. automakers to the tune of $8.1 million spent on lobbying. And the auto lobby in Ottawa wants Canada to follow along.

In July, the Trump administration tried to accommodate to U.S. automakers with an announcement that it would freeze the country’s Corporate Average Fuel Economy (CAFE) standards—which each year set automakers a target average fuel consumption for vehicles sold—at 2020 levels of 6.7 litres per 100 kilometres through to 2026. In response, Mark Nantais, President of the Canadian Vehicle Manufacturers’ Association, claimed that because Canada and the United States are an integrated vehicle market, Canada should follow the Trump administration’s lead.

Which sidesteps the question of why a manufacturer should be able to produce a plug-in car for China, but not for Canada.

The reality is that nearly all global automakers have plans to make the giant push to comply with China’s quotas. In effect, as the largest vehicle market in the world, China is in a position to dictate the pace of manufacturers’ transition to electric vehicles. Boasting 28.9 million new vehicle sales last year compared to the United States’ 17.2 million, China is the only major growth market for automobiles, and it intends to announce soon the targeted year for an outright ban on the internal combustion engine.

By 2025, China aims to manufacture seven million plug-in vehicles per year. In contrast, California’s new annual quota for plug-ins is only 8%, or about 160,000 vehicles, for 2025, and Quebec’s plug-in quota is expected to be 10% of sales in that year.

With its incredible demand for electric vehicles, China hasn’t slacked on the production side, leading the way internationally with more than 400 electric vehicle manufacturers. Every five weeks the country adds 9,500 Chinese-manufactured electric buses to its roads.

Again, this raises the question of why Canada should adhere to the Trump administration’s CAFE parameters, particularly since it is also trying to eliminate the CAFE waiver adopted by California and 13 other U.S. states, plus the District of Columbia. This waiver currently allows these states to have more demanding fuel economy standards than the federal government.

The Trump administration maintains the 2020 freeze is necessary to improve the safety of vehicles—a claim the U.S. Environmental Protection Agency rejects—and to pre-empt higher purchase costs for vehicles. But existing safety regulations have already made today’s vehicles safer than the behemoths of yesteryear, and the higher average price of new vehicles is attributable mainly to consumers buying bigger vehicles with more power, convenience, and luxury equipment.

California and the 13 other waiver states are preparing to challenge the elimination of their CAFE exemption in the courts—a significant pushback, given that California alone has roughly the same population as Canada, and that these waiver states represent 40% of the U.S. vehicle market. Further, the attorneys general of 19 states will contest the Trump decision on freezing CAFE at 2020 levels.

Nothing would please U.S. automakers more than to play dead while the national and state governments fight this out in the courts over several years, but that very litigation could prove to be a double-edged sword. The uncertain eventual outcome of litigation and the possibility that the next U.S. government could drop the case mean a delay may not play out in the automakers’ favour.

Nevertheless, automakers would be pleased to see the end of the waiver rights, something they have always wanted to kill; the last thing they want is to have to offer different distributions of models in different states. This has made the automakers edgy about the prospect of court decisions that might uphold waiver rights.

But the reality is that these standards encourage innovation. And with China’s quotas beginning in 2019, the global industry’s innovation agenda is focused there. European Union (EU) vehicle emissions testing procedures have also been modified, making EU emissions standards 20 to 30% more stringent starting September 1. Shortly afterwards, beginning 2020, EU standards will become significantly more demanding. So U.S. automakers risk losing their competitiveness in both domestic and global markets, and the question is how they will address the conflicting signals from—and legislative agendas of—the United States, China, and Europe.

Ford is an extraordinary example of North American manufacturers’ strategy of burying their heads in the sand. Newly-minted CEO Jim Hackett has said the company’s China division and its Chinese partner Zotye will take the lead on vehicle electrification. Of the 22 battery-electric models the company intends to introduce by 2022, only six will be available in the North American market. In April 2018, Ford announced it would discontinue production of its sedans and concentrate its North American offerings on SUVs, crossovers, and light-duty trucks.

Ford is fooling itself if it thinks it can slow down the transition to clean transportation in North America. Purchase price parity between electric and internal combustion engine vehicles will be achieved between 2020 and 2025. Already, the lower maintenance costs of an electric vehicle place a Tesla luxury model on par with a Corolla over the typical ownership lifetime of a vehicle. An AAA survey indicates that 20% of Americans are interested in an electric vehicle as their next vehicle. Consumer Reports recently revealed that auto buyers would be willing to pay up to $10,000 more for a vehicle if it would save them $1,000 per year in fuel costs. And electric vehicles are, of course, immune to gas price hikes.

The General Motors picture is no better. GM, which sells more vehicles in China than in the United States, aims to produce 500,000 new plug-in vehicles per year by 2025, mainly for China. The company intends to offer 10 electrified vehicles in China by 2020 and another 10 heavily electrified models there between 2021 and 2023. North America is a secondary priority, as shown by the current year-long waiting period to order a Bolt in Canada.

As for Chrysler, the automaker that has invested the least in plug-in alternatives and therefore has the most to lose in the transition, rumour has it that management is seeking a new partner or purchaser. The late CEO of Fiat Chrysler, Sergio Marchionne, said the migration to electric vehicles would crush the industry: His concern was that the internal combustion engine and its powertrain is the last set of vehicle components entirely conceived, manufactured, and assembled by the automakers, with most other components outsourced. Despite Chrysler’s limitations in the plug-in field, in 2021 it will likely introduce an all-electric Jeep Grand Commander in China, but nowhere else in the world.

If the “Big Three” automakers cling to their illusions about the North American market and the short-term quarterly gains they can expect from their sales of SUVs and light-duty trucks—three times more profitable than conventional cars—they will ultimately find themselves losing competitiveness against their Asian and European counterparts. The industry is already seeing the initial signs this year, with Canadian consumer demand for electric vehicles outstripping skimpy to non-existent stocks of plug-in vehicles at dealerships. One Quebec dealership network claims electric vehicles represent up to 25% of sales at some of its outlets, and interest in the Hyundai Ioniq and Kona plus the Chevrolet Bolt and Volt electric and plug-in hybrids are exceeding dealers’ expectations.

By comparison, the world’s other automakers are going full tilt to make the transition for China’s market, and for global markets, as well.

Nissan expects its sales of electrified vehicles in China to reach 700,000 vehicles per year by 2022.

Volkswagen, for its part, wants to be the world’s number one electric vehicle manufacturer by 2025, selling three million electric vehicles per year or 20–25% of global sales by then. The new Volkswagen–Anhui Jianghuai Automobile Co. joint venture plans to deliver 400,000 electric vehicles to the Chinese market by 2020 and 1.5 million by 2025.

Slated for U.S. manufacturing are Volkswagen’s I.D. Crozz electric crossover and the I.D. Buzz, an electric version of the VW minibus. VW must know what’s coming.

Tesla, too, wants its share of the world’s greatest electric vehicle market. Tesla’s second manufacturing plant in Shanghai will include a gigafactory, both financed by local government loans, representing the largest foreign investment ever in Shanghai. The new facilities will start production by 2020, and by 2025 the plant is expected to hit a production rate of 500,000 vehicles per year.

Toyota will have an all-electric version of its C-HR crossover, its first all-electric vehicle, and plug-in hybrid versions of its Corolla and Levin, by 2020—all exclusively for the Chinese market, as part of its plan to have 10 electric vehicles for that market by 2020.

These developments challenge the logic of a decision based on an integrated Canada-U.S. market.

If Ford can offer 22 battery-electric models in China by 2022, it can deliver many of those models in Canada, as well. The key is political will to do so.

If U.S. states representing 40% of the U.S. market can choose a fuel economy standard different from that of the Trump administration, Canada can join them.

The distribution and availability of clean transportation models in a given market is a matter of legislation. China has proven that. The potential complexity the industry faces in offering different distributions of models in different jurisdictions in North America is a self-inflicted problem.

But one needn’t worry about the poor U.S. automakers should more stringent zero- and low-emission legislation be introduced in Canada. Given their advertising experience, these companies know very well how to make a new category of vehicles “cool” and appealing. They’ve already done it with SUVs and light-duty trucks. And there is an emerging, progressive image associated with luxury models going electric.

Jaguar will have an electric four-wheel drive SUV with 394 horsepower, the I-Pace, on the market in 2018.

Porsche’s Taycan 600 HP all-electric sports car is expected to reach annual sales of 20,000, on par with other Porsche models, beginning with its launch in 2019 or 2020.

Audi anticipates that its fully- and partially-electric vehicles, under the e-tron brand, will account for 30% of its sales by 2025, and the first e-tron model will arrive in Canada in 2020.

Mercedes is working on plug-in hybrid variants of all of its sedan and SUV volume models by 2022.

So the issue boils down to this: Does Canada want to follow the Trump administration’s lead and risk having to bail out the U.S.-based automakers again?

Legislative leadership is needed urgently in Canada. Canadian CAFE standards stricter than those of the U.S. waiver states are a viable option. At the very least, Canada should align itself with and contribute leverage to the waiver states, to help influence the U.S.-based automakers to rethink their plans.

As for the United States, the Trump administration is shooting itself in the foot. While the United States will become the largest oil producer next year, freezing the CAFE standard will help secure its continuing status as a net oil importer. Isn’t this the exact opposite of the model Canada should follow to address climate change?