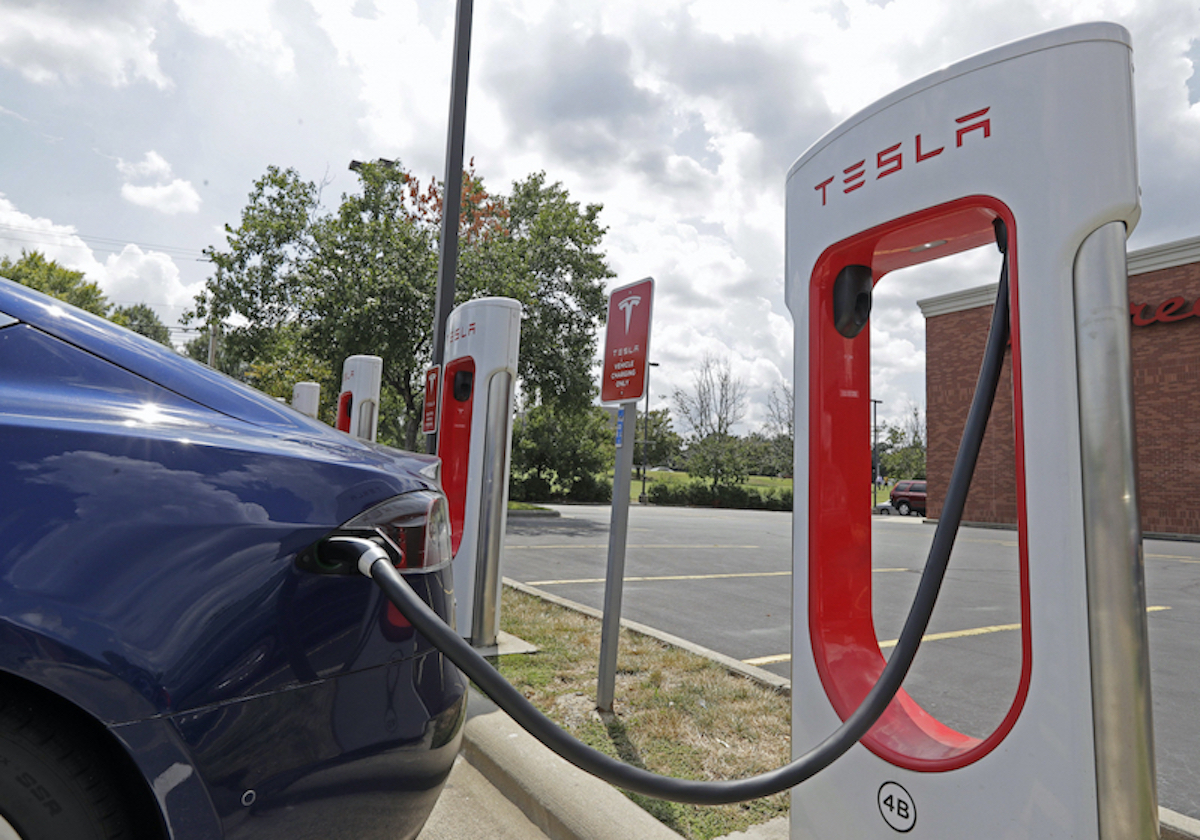 Electric vehicles have been around for some time, but global automakers have been reluctant to migrate because doing so represents the biggest technological revolution since the Ford Model T.

This revolution entails scrapping a century of incremental investments in the internal combustion engine and replacing it with a 100 per cent different set of propulsion technologies, along with all the requirements to design their vehicles differently. This means it would take many years for automakers to recover their investments in electric vehicles (EVs), all while there are big profits to be made on conventional pick-ups and SUVs.

While North America’s automakers have been sluggish to respond, manufacturers elsewhere are prepared to comply with Chinese and European Union requirements for a migration to zero- and low-emission vehicles.

Big 3 need to partner up

For the Big 3 North American manufacturers (Ford, GM and Fiat Chrysler) to make up for lost time and compete with foreign counterparts on electric vehicles, partnerships with Chinese and European automakers, turning to Big 3 Chinese divisions and/or an alliance in a start-up appear to be viable options. Fiat Chrysler has taken this route in a 50/50 deal with Groupe PSA, the makers of Peugeot, Citroen, Opel and Alfa Romeo, to, among other things, develop electric vehicles. And Volkswagen will share its electric vehicle platform, MEB, under a co-operative agreement with Ford. Ford and GM are both seeking input from their Chinese subsidiaries and partners.

This industry-wide makeover is timely in terms of the climate emergency. According to a 2019 International Energy Agency analysis, between 2010 and 2018, SUVs became the second largest contributor to an increase in global emissions and associated with 3.3 million barrels per day of additional petroleum demand from passenger vehicles.

China, as the largest vehicle market in the world, has single-handedly changed the global paradigm. Forcing automakers to put aside the amortization procrastination reflexes, China has an incrementally rising quota system for zero- and low-emission vehicles that took effect in 2019. This year, electric vehicles were expected to reach 8 per cent of new vehicle sales or two million vehicles, but this may be an overestimate due to a June 2019 decline in China’s EV rebates. This blip aside, EVs may rise to half of new vehicle sales in China by 2025.

The range of EV offerings on the Chinese market now and to be introduced in the next few years by Chinese brands is spellbinding. Global automakers have many models in the works destined for the Chinese market as well. Many of these Chinese models or their technologies will find their way to the North American market.

And the European Union, beginning in 2020, will charge automakers penalties per vehicle sold when not in compliance with new corporate average emission standards. Non-compliance could run into billions of dollars. In December 2018, the European Parliament upped the pressure on vehicle manufacturers for a migration to zero- and low-emission vehicles approving a 37.5 per cent reduction in vehicle emissions by 2030, compared to 2021. European automakers claimed this would force them to focus on electric vehicles.

Volkswagen, with 40 per cent of its sales in China and just under half in Europe, has decided to be the world’s No. 1 EV manufacturer. The most recent goal announced is to sell 15 million EVs by 2025, producing at least three million vehicles per year by then, or 25 per cent of global sales. By 2028, Volkswagen intends to offer 70 all-electric models.

Add to this the Tesla phenomenon. While Volkswagen has the advantage in scaling up, Tesla remains No. 1 in electric vehicles with a 2019 estimate for global production at 360,000 units, boasting 75 per cent of EV sales in the United States. Time will tell whether Tesla fulfils the estimated global demand of 700,000 to 800,000 Model 3s per year. The upcoming sub-compact Model Y may rival the Model 3 in sales.

In China, Tesla’s new Shanghai facilities were completed ahead of schedule in October 2019, will start production late in 2019 and, five years from now, hope to achieve a production rate of 500,000 vehicles per year.

Already in the plans for Europe is the next Tesla Gigafactory in Brandenburg, near Berlin, likely to begin production of the Model 3 and Model Y SUV/crossover in 2021. When full production is reached in a three-phase process, the German facility will turn out 750,000 vehicles per year.

The Tesla CyberTruck pickup concept presented in November (and mentioned in a National Observer article in December) will rattle a few cages too. Though a fully refundable $100 US pre-order deposit does not translate into credible sales projections, the 250,000+ pre-orders do indicate substantial interest. The most current information is that the dual-motor and tri-motor variants will be put on the market in 2021 and the single-motor version will follow in 2022.

Yet Tesla’s success and automakers overseas putting the pedal to the metal to comply with Chinese and European legislation seem to have caught the U.S.-based Big 3 off-guard. Once again they seem have been sleeping at the wheel.

Back in February 2017, then-CEO of Ford Mark Fields argued that the pre-Trump, increasingly stringent U.S. fuel-economy standards would cost the industry a million jobs. Months later in December, to address the China challenge, new CEO Jim Hackett shifted attention away from the North American market to indicate that Ford’s China division, along with its Chinese partner Zotye, would have the global lead for Ford “electrified” vehicles.

Perceptions have changed. Why else would Ford invest $500 million in the U.S.-based start-up Rivian, which will put the all-electric R1S pick-up and R1T seven-passenger SUV on the market within the next two years? This is clearly an expedient way for Ford to catch up and become instantly competitive.

To date, Ford’s intentions — which seem to change with every update — are to share Rivian EV components for an SUV with a distinct Ford body on top, under the Lincoln brand, fabricated by Rivian in Illinois for market introduction in 2022. Other Ford “electrified” models to come will likely be built on the Rivian chassis. An electric F-150 pick-up, possibly sharing Rivian technology, appears to be in the works for 2021. Rivian plans on having six EV models of its own by 2025, in addition to models for other automakers.

Ford’s investment, part of a $2.8-billion investment in Rivian, is in addition to a $700-million funding round led by Amazon, and support from T. Rowe Price, BlackRock, Cox Automotive, Japan’s Sumitomo Corp. and Saudi auto distributor Abdul Latif Jameel Ltd. Amazon has pre-ordered 100,000 Rivian trucks for between 2021 and 2030.

Ford’s first full venture into electric personal vehicle segment is the 2021 all-electric crossover Mustang Mach E, which is meant to compete with the Tesla Model 3. This may represent a risk for Ford by distracting interest in its other models — scary for a company with $100 billion in debt — with the rest of the lineup dedicated to internal-combustion-engine vehicles. Technology transitions can happen much quicker than companies can expect, sometimes with the new players displacing the traditional ones, as was the case with digital cameras and Kodak.

The aforementioned Ford co-operative agreement with Volkswagen for the VW electric platform should help accelerate the migration to EVs. Volkswagen is leveraging its investment in its electric MEB chassis by licensing its design to other manufacturers and hopes to make $10 billion from the agreement with Ford.

Interestingly, Ford boasts of an $11-billion push for “electrified” vehicles (including hybrids). The $10 billion for the arrangement with Volkswagen and $500-million investment with Rivian comes close to that amount.

GM, meanwhile, is still in the stage of double-speak. The manufacturer rationalized the closing of its Oshawa, Ont., plant, as a necessary step in preparing for the advent of electric vehicles. Yet GM president Mark Reuss has indicated that the ducks are not yet lined up for EVs.

According to his analysis, to pave the way for the financing of the EV rollout, GM will have to rely on the profits of selling more and larger SUVs (profits for SUVs reach up to 30 per cent or $15,000 US each). For Reuss, charging-station infrastructure would have to be significantly increased and purchase-price parity would have to be achieved before the demand becomes a game changer.

All this raises the questions why GM is not taking Volkswagen and Tesla more seriously and is not working on charging infrastructure.

As for Fiat Chrysler, they don’t really have an EV game plan, having invested little effort in the domain. The pending $50-billion US deal to merge Fiat Chrysler with Groupe PSA will render the new company the third largest automaker in the world. This will help establish the economies of scale for heavy investments in developing electric vehicles, putting both companies in a better position to level the playing field with competitors.

Complacency no longer an option

The longstanding complacency of the Big 3 on the migration to electric vehicles is no longer viable in the context of Chinese and European Union legislation, the impacts of these legislative initiatives on the competition and Tesla’s success. Agreements with foreign manufacturers and turning to Chinese divisions have become the favoured antidotes for the laggards. Another expedient path is to partner with a start-up.