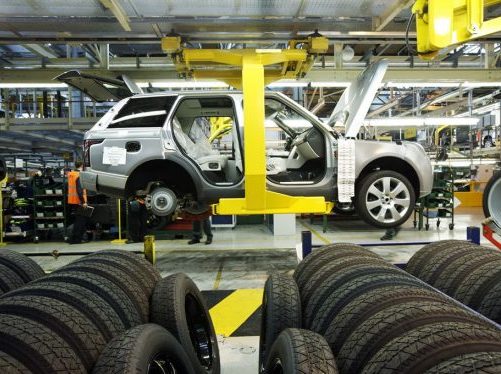 While General Motors is tying its decision to close its Oshawa, Ontario manufacturing facility to the rise of electric and autonomous vehicles, GM is not the only casualty of Canada’s inaction on clean transportation policy.

Other companies in the space are shifting their activities outside of Canada, opportunities within Canada are being missed, and Canadian cleantech leaders are losing their global competitive advantage, all for lack of a coherent national cleantech manufacturing strategy.

TM4 is one of several examples. The company is a world leader in electric vehicle motor powertrains. But its main manufacturing facility is in China, the world’s largest electric vehicle market, where TM4 products are produced under licence by Prestolite e-Propulsion Systems.

Until June 2018, TM4 was 100% owned by Hydro-Québec. Then Dana, a vehicle parts manufacturer based in Ohio, purchased 55% of the company. While Hydro-Québec claims the deal offers a chance for TM4 to better position itself in international markets, the provincial utility will only retain two of the five positions on the company’s new board. That creates the very real risk that TM4’s intellectual property and the production of its technologies will be transferred outside Quebec and Canada, said Parti Québécois economy critic Alain Therrien, after its leading-edge products were conceived and developed with the support of Québec taxpayers.

New Flyer, an urban bus manufacturer based in Winnipeg, is another example of what happens when a country fails to deliver on a cleantech transition strategy. New Flyer is now taking orders for Xcelsior electric buses which will be built at a facility in Anniston, Alabama, adjacent to its electric bus Vehicle Innovation Center. In September 2017, New Flyer announced a $25-million investment to expand the Alabama facility. The site had 610 employees in 2017 and added another 60 in 2018.

Meanwhile Volvo-owned Nova Bus of St-Eustache, Québec gets the consolation prize, with the STM acquiring just four of its LFSe rapid-charge electric buses, with up to 600 kilometres of range and TM4 technologies built in. The STM already operates three Nova Bus vehicles, and Vancouver’s South Coast British Columbia Transportation Authority has ordered two—still far short of the domestic demand that a winning cleantech strategy might have tapped into, at a time when electric bus purchases are on the rise and Bloomberg New Energy Finance foresees electrics capturing 80% of the global fleet by 2040.

Elsewhere in Canada, the Toronto Transit Commission has purchased 10 BYD buses with an option to acquire 30 more. BYD is a Chinese firm, the largest electric bus manufacturer in the world, with an electric bus and truck factory in Lancaster, California.

Yet another missed opportunity shows up in St-Jérôme, Québec, where Lion Electric Co. became a manufacturer of electric school buses using TM4 electric direct drive technology. Funded in part by Québec’s carbon cap-and-trade program, the company is now building a new manufacturing plant in California while maintaining the St-Jérôme facility for local markets only.

“I applaud the leadership of Lion bus, which has literally redefined school bus standards with its eLion and has quickly emerged as a North American leader in the field,” said then-Quebec sustainable development minister David Heurtel said in a Palo Alto ceremony in February 2017. “Transportation electrification is among the promising solutions for fighting climate change and modernizing Québec’s economy. This is why our government is proud to allocate income from the carbon market, through Québec’s Green Fund, to support innovative companies like Lion Bus.”

California’s $10-million Rural School Bus Pilot Project grant program is supporting the purchase of up to 60 electric school buses, and other U.S. school districts are now hopping onboard.

Heurtel’s words notwithstanding, Lion’s manufacturing effort in St-Jérôme was hobbled by the absence of Canadian and Quebec government support that would have reinforced the advantage of being first to market.

Here’s a measure of what Canada is up against.

Daimler, which manufactures 40% the school buses sold in the U.S. under its Thomas Built Buses brand, has invested $155 million in Proterra, the electric urban bus manufacturer, with the hope of introducing the Thomas electric school bus in 2019. Proterra will build the vehicles in South Carolina.

Blue Bird, the other giant in school bus manufacturing, is taking orders for electric versions in 2018.

All of which makes the GM announcement just one measure of the cost of government policies that fail to support domestic cleantech players in a rapidly-developing global green economy, led by the likes of China, Europe, and California.