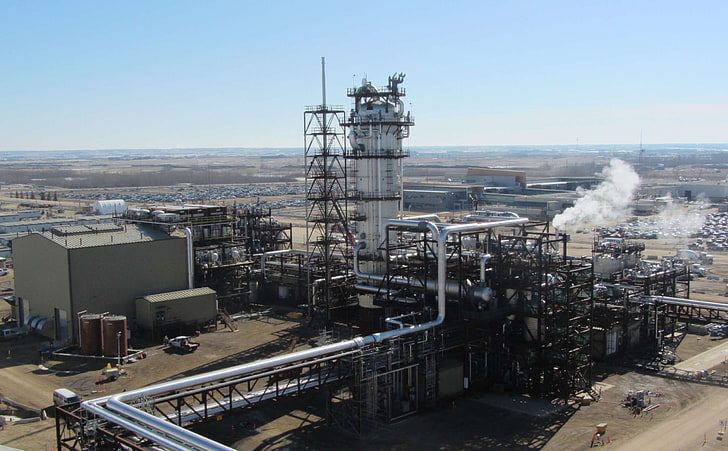 Carbon capture and storage (CCS) technologies are the darling of the fossil fuel industry since CCS offers the opportunity to continue business-as-usual, with the support of foraminous government subsidies, while appearing to be green and gaining carbon price credits. But ALL projects to-date have failed to live up to emissions reduction expectations and are energy intensive.  As such, CCS is a greenwashing narrative.

CCS and price of carbon

There is a growing chorus in favour of carbon capture and storage technologies (CCS) by fossil fuel firms and governments.

In brief, CCS technologies capture emissions from fossil fuel extraction and production.  The captured emissions are buried in no longer economically viable oil or gas wells to render them productive once more over a longer period of time.  For spent oil wells, this is known as enhanced oil recovery (EOR).

One of the reasons many of the oil and gas majors are on the bandwagon for a price on carbon is because they believe that a high carbon price would render CCS “economically viable,” provided CCS is accompanied by outrageous government subsidies.  Considering CCS removal of carbon comes to about US$120/U.S. ton, a high carbon price would allow the industry to pursue business-as-usual, while concurrently appearing to be committed to a green economy.

Likewise, for Canada, this line of thinking suggests the economics will change in favour of CCS when the price of carbon rises to C$170/Mt by 2030.

The bad news is that half of emissions captured are lost in the air before being piped into a dried up well, and there is no evidence that the other half buried in the ground will stay there.

Apart from the latter unknown, since temperatures are hotter the further underground one goes, 25° Celsius hotter per km beneath the surface, the CO2 space requirements expand in a well.

Then there is the matter of basic math.  Since CO2 emissions are 2 to 3 times the mass of the fossil fuels from which they are extracted, there aren’t enough old wells to bury the stuff.

To boot, when EOR is taken into account, there is a net negative CCS result of two-three times more CO2 expended, to reflect the extraction and burning of additional oil.  EOR burned or consumed for industrial processes is rarely included in the calculations of CO2 emissions.

A more positive assessment of the CCS carbon balance sheet is that there isn’t any carbon reduction with CCS technologies.

Even without EOR, CCS may in fact increase emissions.

Credit Suisse has a more “optimistic” view.  It estimates that the 19 CCS projects in operation in 2021, added to 32 in the pipeline, would collectively reduce carbon emissions by 100 million U.S. tons annually.  If that is true, the impact on global emissions would be marginal weighed against the global 33 U.S. gigatons emitted in 2019.  Wood MacKenzie suggests existing CCS projects remove 40 million U.S. tons/year.

However, if EOR emissions are included, CCS works out to US$250/U.S. ton, which is likely greater than the 2030 price of carbon on all carbon markets.

According to the International Energy Agency (IEA), the economics are a little better for highly carbon intensive cement production since CCS works out to US$120/U.S. ton of carbon captured.

The latest CCS craze in the fossil fuel sector is blue hydrogen which offers a whole new market for natural gas and opportunities for generous government subsidies involving billions of dollars.  Not surprisingly, blue hydrogen is a popular among fossil fuel companies as a decarbonization option.

Blue hydrogen is produced by capturing gray hydrogen emissions with CCS.  It has not been proven economically or technically viable.

However, the large amounts of natural gas required for blue hydrogen production translates into an enormous generation of fugitive methane.  The methane emissions are associated with fracked gas for which consumption increases with energy intensive CCS technology.  Hence, the final product could be potentially as polluting as coal and definitely worse than that of a natural gas power plant.  A recent study indicated that blue hydrogen emits up to 20 percent more emissions than consuming natural gas.

Like natural gas, blue hydrogen is being promoted as a bridge fuel in the transition to a green economy, but it in fact delays the transition to less expensive renewables for 40 to 60 years, the lifecycle of a gas-powered plant, for electric power generation facilities.

The European Union stands apart pinning their hopes on green hydrogen using renewables to supply the energy for electrolysis to separate hydrogen from water.  Depending on the projections source, green hydrogen will not be competitive at least until 2030.

Government subsidies and value for money

Yet the “savings” on the price of carbon persist and governments around the world have bought into CCS as a climate solution.  The governments in the Netherlands, Norway, Canada, the U.K. and the U.S. are on board for the CCS miracles.

It seems that the CCS combined opportunities for carbon credits and foraminous government subsidies inspire the fossil fuel sector to salivate.

Such is the thinking behind the US$2.43 billion Netherlands subsidy announced in May 2021 for the CCS Porthos project in the Dutch sector of the North Sea involving Shell, ExxonMobil, Air Liquide, Air Products, EBN, Gasunie and the Port of Rotterdam Authority.  The Netherlands government will subsidize the gap between the ETS and the CCS costs, over a 15-year period, beginning 2024, reducing the subsidy as the ETS price of carbon goes up.

The complete package comprises, CCS plants to annually store 2.5 million tonnes of CO2, including emissions from a refinery, plus a network of 30 km of pipes on land and a 20 km pipeline on the bottom of the North Sea, to reach a sealed depleted gas reservoir 3 km below the seabed.

Then there is Norway.  The country has committed US$1.9 billion for CCS projects which includes the Longship project launched in 2020.  Longship is intended to capture emissions from a Norwegian cement facility, transport the emissions out to the North Sea and store them in a rock formation under the seabed.

That these projects are based on unreliable economics and the scalability, cannot be overstated.    The required financing is colossal for the scaling up of CCS to create a whole new industry sector to capture emissions, create a transport infrastructure/system to deliver the carbon to wells that are long past their “best before” date, and finally bury them.

Most important, CCS as a magic solution for significantly reducing emissions is questionable.

Chevron has the world’s largest CCS project in operation at its US$54 million Gorgon LNG plant in Australia.  The objective was to capture 80 percent of emissions from the gas reservoir or 4 million tonnes/year.  From the time the scheme started in 2016-17 leading up to 2021, its capture rate was 30 percent.  This CCS project does not include emissions during LNG processing, meaning the original objective only covered 40 percent emissions of the entire Gorgon facility.  Be that as it may, the CCS project cost A$3 billion and the Australian federal government contributed A$60 million.

A Canadian CCS coal project is that of the Boundary Dam plant in Estevan, Saskatchewan which emits 6 million tonnes of greenhouse gas emissions (GHG)/year from 5 generators, the sixth greatest source of emissions in Canada.  The $12B Boundary Dam project, which began operations in 2014, was supported by $240M from the federal government.

The Boundary Dam CCS project involved one of the five generators and was promoted as having the capability of reducing emissions by 90 percent by burying the emissions in a liquid form in oil wells.  The target was later reduced to 65 percent.  Nothing can be further from the truth.

First, the original Boundary Dam CCS target for GHG reductions was 3,200 metric tonnes (Mt) daily, but by March 31, 2021, only 4 million Mt had been captured since the 2014 opening.  Had the original target been reached, it would have been achieved in October 2018.

Second, as much as one third of the energy produced by the generator is used to power the CCS system.

These considerations mean the project is, both economically and environmentally, a failed experiment.

TransAlta abandoned a CCS coal project in 2013 in Pioneer, Alberta, after having benefited from $800M in subsidies.

An American CCS coal project, for the Enchant Energy coal-fired San Juan Generating Station in New Mexico, was presented with great pomp in 2019.  It has since not been able to raise financing for the project.  The initiative is now dead.

None of these facts on the ground have deterred fossil fuel industry interest in CCS.

There are approximately 300 CCS projects in the planning stages.

Shell is relying on CCS to maintain its interests in gas-fired thermal plants.

As well, Shell has joined a collaborative initiative to create a CCS hub in Scotland that will enhance the economies of scale for natural gas production from the North Sea via steam reformation of natural gas to yield hydrogen with CCS supported blue hydrogen in its sights.

On the international political landscape, the International Energy Agency (IEA) milestone Net-Zero by 2050 report considers CCS as an essential part of the puzzle to reduce global emissions.  The IEA endorses nuclear energy as a solution as well.

The same goes for the G7.  Capitulating to the global coal lobby, the joint statement on climate change produced at the May 20-21, 2021 G7 virtual ministerial meeting, hosted by the U.K., calls for a transition from “unabated” coal consumption.  This is a bureaucratic nod in favour of clean coal with the application of CCS.  A credible climate agenda entails a planned phasing out of coal.

Here in Canada,  Budget 2021 buys into the CCS mirage with an allocation of $220 million over 6 years, as a gift to the fossil fuel sector.  Within Natural Resources Canada (NRCan) operating costs, Budget 2021 also assigns $319 million over 7 years beginning 2021-22 for NRCan research, development and demonstrations to improve CCS viability.

“But wait,” as is said in those annoying TV announcements on miracle products.  Canada’s Budget 2021 announces that a CCS bonus is forthcoming by way of tax credits, though the credit terms remain to be determined.  Perhaps the Trudeau government aims to be competitive with the U.S where CCS tax credits already exist, but this is a matter for after the federal election.

The U.K. government has pledged US$1.4 billion for four CCS projects between now and 2030.

The Biden climate plan places CCS high on the agenda too.  On July 28, 2021, the bipartisan group of senators on the American Jobs Plan pegged US$9 billion for CCS and blue hydrogen over 5 years.

Waiting a decade or more for the price of carbon to render CCS competitive is too little, too late.

The August 9, 2021 report of Intergovernmental Panel on Climate Change (IPCC), based on 14,000 individual studies, has made it clear the world has already reached its tipping point, “code red”, such that a drastic decline of emissions is critical.  Global emissions must peak by 2025.

At a briefing on the IPCC report release, UN secretary general António Guterres stated: “The alarm bells are deafening, and the evidence is irrefutable: greenhouse gas emissions from fossil fuel burning… are putting billions of people at immediate risk.”  Referring to the report shortly afterwards, he declared the report “must sound a death knell for coal and fossil fuels… and end all new fossil fuel exploration and production.”

And the economics clearly illustrate that government clean energy subsidies go further, are much more reliable/predictable, and offer quicker results for the reduction of emissions, than CCS.

Nevertheless, the oil industry continues to lobby for CCS as a “beacon of opportunity.”

Accordingly, CCS can be construed as industry greenwashing antidote for higher carbon prices, supported by a new fossil fuel subsidy mechanism, to camouflage a license to pollute. Will Dubitsky - December 1, 2021 0
The global natural gas industry, including that of Canada, has high hopes for weaning Southeast Asia from coal dependency.  Concurrently, low-cost renewables are swiftly...