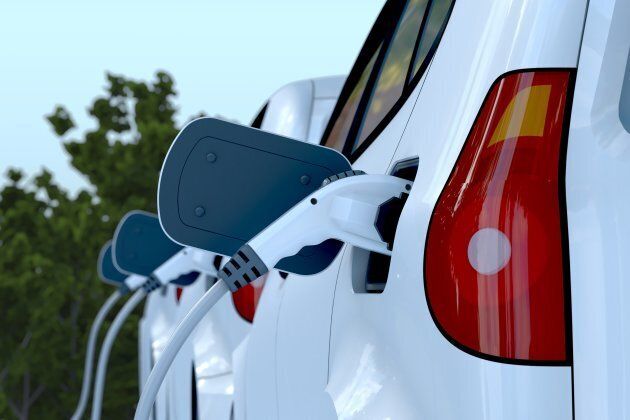 The recent Electric Mobility Canada (EMC) conference in Ottawa left me feeling a combination of dismay and hope.

The dismay is that the Government of Canada has no national electric vehicle (EV) strategy on zero-emission vehicles (ZEVs) and plug-in hybrids (PHEVs). Rather, our federal government has a steering group and advisory groups involving 160 experts with the intention of eventually coming up with national policies. What was offered by the Government of Canada at the conference is a roadmap that indicates vehicles with internal combustion engines (ICE) will continue to dominate the Canadian market well into 2030.

My optimism, on the other hand, stems from what’s happening in the rest of the world. This includes China’s aggressive policies, described in my previous HuffPost Canada blog on EVs. The country has registered 777,000 plug-in vehicle sales in 2017 and has EV regulatory sales/credit targets of 10 per cent in 2019, 12 per cent in 2020 and 20 per cent in 2025. To come is a China-wide ban on the ICE, at the latest by 2030.

Amazingly, most global automakers are preparing to comply with these sales targets as set by largest vehicle market in the world, and the only major vehicle market that is still growing. China’s mandate all but assures that battery electric vehicles (BEV) will represent a major portion of global vehicle production within the coming 10 years.

Similarly, Norway, with a population of around 8 million, will ban the ICE in 2025. Already, plug-in vehicles account for over 50 per cent of Norway’s sales, and nine of the 10 best-selling cars in the country are BEVs, PHEVs and conventional hybrids. The Netherlands and India plan an ICE ban by 2030.

Amid these ambitious goals, competition among pace-setting global automakers offers even more good news. All of Nissan’s models will be “electrified” by 2021. Japan’s Nissan expects all its BEVs to have an autonomy range of 500 kilometres by then.

On a provincial scale within Canada, Québec alone has legislated sales/credit quotas for BEVs and PHEVs, which roughly works out to an incremental rise to 10.1 per cent of new vehicle sales in 2025. The Quebec legislation is similar to the legislation of California and nine other U.S. states.

Sadly, what our national government currently offers is spotty. To date, the key existing federal policy component is a repayable contributions infrastructure program, for up to 50 per cent of the costs to set up 480-volt fast charging units (DCFC) for EVs, and fuelling stations for hydrogen and natural gas, with DCFC units to average one for every 65 kilometres along the TransCanada highway. For this underfunded program, Budget 2016 allotted $16.4 million up to March 2018, and Budget 2017 set aside $80 million over four years.

An October 2017 report estimated that at that time there were 50,991 public and private charging units in the U.S. Québec also has an extensive charging network, a little over 1,000 Le Circuit électrique charging units supported by Hydro-Québec, and about another 1,000 private-sector chargers, of which 130 are fast chargers. The current Québec government has a bill to add 1,600 Hydro-Québec fast charging units within 10 years. Norway now has 7,632 public charging units.

The only other major Government of Canada EV policy components are a Greening Government Strategy with a government vehicle procurement goal to achieve a target of 80 per cent EVs by 2030; plus public and dealership information dissemination initiatives.

Not surprisingly, it is the provinces with incentives, in particular Québec, Ontario and B.C., that lead with 97 per ent of Canadian BEV and PHEV sales. Quebec alone represents 40 per cent of the national total.

Private sector is starting to catch on

Notwithstanding the Canadian government’s passivity — with battery prices declining rapidly 70 per cent since 2010, and battery capacities going up somewhere between 2020 and 2025 — EV price parity with ICE vehicles will likely be achieved. Consumers would then discover that EVs are cheaper to own thanks to lower maintenance costs. Even now, a luxury Tesla works out to be the same cost as a Corolla over the typical period of ownership of a vehicle. PHEVs may be the short-term solution for some until battery autonomy increases.

Electric trucks and buses also appear under the Government of Canada radar, while the private sector is starting to catch on. The Tesla semi truck has already received pre-orders from UPS, Pepsi, Sysco, Anheuser-Busch and TCI. Not bad for a truck that has yet to go into production.

This raises the matter of the absence of our federal government regarding EV manufacturing. Quebec has one battery producer, a super battery developer, two charging station manufacturers, an electric powertrain enterprise, an electric school bus manufacturer, the $90-million ABB international headquarters for e-Mobility in Montreal, and a manufacturer of an urban transit electric bus. Quebec has committed $4.4 million over five years to the cluster (peanuts, really), while the federal government hasn’t even stepped up to the plate.

Winnipeg’s New Flyer has developed the Xcelsior electric bus, but one can’t truly call the bus “Canadian” after the company invested $25 million to expand its manufacturing facilities in Anniston, Ala. to build Xcelsior buses for the U.S. market. New Flyer has added a Vehicle Innovation Centre to this site. The latter is the only innovation lab of its type in North America.

In a nutshell, global EV developments are evolving quickly while the Trudeau government has its ears to the lobbyists for tar sands and U.S.-based automakers.